I’m someone that’s not really confident in making a whole blog post about movies, so, finding this kind of blog post on the internet was really awesome. Shout out to Karina of Afire Pages.

No particular reason why I chose 13 Going On 30 to be the first movie that I’ll make a blog post like this with, it’s just I haven’t seen the movie yet and has been on my Netflix Downloads for over a week now. An old movie, but let’s see.

Even with the busy schedule, I’m glad I’m pretty good at this project/challenge I joined at. Haha!

Here’s the list of movies I watched last February and March. 🙂

END_OF_DOCUMENT_TOKEN_TO_BE_REPLACED

Hi everyone! 🙂 I’m joining Maine of millimetrs in one of her projects this 2016 (she’s been doing this since 2010!) and that is to watch a hundred of movies in one year. This is just her personal project but I thought this would be fun, and educational for some movies have moral lessons to share. Could be a great escape to thoughts I don’t want to entertain and other movies would make me feel happier and inspired.

END_OF_DOCUMENT_TOKEN_TO_BE_REPLACED

Good news: two days off from work. Bad news: the roads are closed.

Days prior these days off, my sister and I planned on going to Tanay, Rizal to visit some falls and cave, an art gallery and eat at the local restaurant. This was inspired by Drew Arellano after we watched his show — Biyahe ni Drew. Unfortunately, some of the routes from home going there was closed. No choice but to cancel the plan and stay at home instead. END_OF_DOCUMENT_TOKEN_TO_BE_REPLACED

If  a movie made me cry, that will certainly have a place in my heart. Expect that I won’t forget it and I’d encourage my family and friends to watch it, too. Last night, I watched a movie titled A Moment to Remember.

A 2004 Korean love story about a young couple’s enduring love, which is tested when 27 year old Sun-jin os diagnosed with a rare form of Alzheimer’s disease.

The story is actually simple, but the casts did a great job of portraying their roles and the direction was well done.
The movie also teaches some things that we should learn in life. You’ve surely heard these before, but they’re also something that we sometimes take for granted. *cough* guilty.

Forgiving is just giving your hate a little room in your heart.

Quoted the main characters on that.
2. Tell someone you love them before it’s too late.
The feelings after watching the movie felt surreal!  THE FEELS! Intense! The husband’s love for his wife is so deep. They’re made for each other. I watched the scene where they’re at the store for the second time and it got me teary eyed again! If I’ll still watch it for the third time, I think I’ll still gonna cry. It’s just beautiful that all her families were there to help her remember where she and her husband first met.. The ending, too, is something that I really love. That three words never sounded so beautiful.
“You’re so emotional!”, said my friend months ago and I can still remember it. Haha! That’s true! I cry easily, but I can’t remember a time that I cried this much over a movie while watching and after watching it. Cheol-su is bae 😍😍😜
Congratulations to the casts, director and the writers of the said movie. You, guys, did an amazing job! The music at the ending too is something that I won’t dare not pointing out in this post. Even though I can’t understand it because of the language, I could feel how beautiful it is.
Looking forward to watch another tear jerking movie! 😀 I admit I’m a hopeless romantic and I love movies like that. I found the full movie with English subtitles here. ❤

It had been a nice week ever since I came back to school and internship again after a long holiday break. I got to see my friends, classmates and co-interns again. I was back with old routines~ home-school, home-office, home-school-mall.

Fortunately, I had time to relax a little bit last Thursday at the mall with Alona since our exam was postponed. We watched a movie, The Amazing Praybeyt Benjamin, it was a funny movie though I don’t like it that much. Nevertheless, it was a good night at the cinema not thinking about all the school stuff. But when I got home I found out that my mother had to be brought to the hospital because of her arthritis. She’s in so much pain that I feel guilty for having a good time at the mall. 😦 When I woke up in the morning, I found her lying on the couch and I’m glad that she’s back.

My current read is Eleven Days: An Unexpected Love (Days Trilogy Book 1) by Lindy, Lora on my Kindle app and I’m already 83% through it.

I love it! It’s about a woman who rented a beach house of a handsome US Marshall to have some solitude because of the death of her beloved cousin. The vacation turned out a nightmare though because of a stalker. Good thing the US Marshall who fell in love with this woman is there to protect her. I still have to finish reading to know what happened next. If the woman went home or she stayed with the guy. 🙂

I’m also happy that I finally watched The Fault In Our Stars on YouTube yesterday. ❤

I’ve read the book and yeah, it was sad. But the movie made me teary-eyed for a few times. It was really sad. 😦

Then before I slept last night, I continued watching the episodes of My Love From The Star.

It’s a Korean comedy-romance-drama and it’s so beautiful! It’s about about an alien who landed on Earth and, 400 years later, falls in love with a top actress in the modern era. I still have 4 episodes more to watch before I’ll finish it.

Au revoir! It’s time to go back to my chores. I have a lot of things on my To-Do list today. 🙂 Have a great day! ❤

I wore this yesterday to church at Folk Arts Theater.

Then we went to SM Mall of Asia to eat lunch and Christmas shop. I saw a colored mint green sweater and I fell in love at first sight. Haha! But I didn’t buy it. It was a little pricey. 😜

Last night, we watched 3 Idiots again. It was really a fun and beautiful movie. Have you watched it before? 🙂 it’s an Indian comedy-drama movie, by the way. I just saw on YouTube that there’s a 3 Idiots Full Movie and it has an English translation. 🙂 Enjoy!

I’ve received nominations again; weight2lose2013 for the Very Inspiring Blogger Award and milliethom for the Sisterhood of the World Bloggers Award. Thank you!! ^____^

Who stayed up until past 5am to watch movies? I did! Crazy right?  Hahah! Knowing that I wouldn’t be able to go to internship today because of the storm Ruby (Hagupit) I decided to watch the movies mentioned below. Also, if I wasn’t too scared last night, I could have watched Jennifer’s Body too but, the first 3 minutes really scared me. 😄
Movies I watched (don’t judge!✌😁) :

10 Rules For Sleeping Around

funny movie! I actually only learned what an “open relationship ” really meant after watching this.

I was quite surprised that this turned out a good movie!

Wooh! Creepy Reverend. 😜 I love the ending! ❤ I suddenly remembered Jesse from Pitch Perfect played by Skylar Astin saying “But the endings are the best part!” Hihi. #segue

A beautiful movie! I actually watched this already years ago at one of the Mathematics seminar I attended. I told my sister to watch this too because she’s a mathematics teacher at high school.

I hope everyone will have a good day! 🙂 and to my fellow Filipinos, we will get this storm through. 🙂 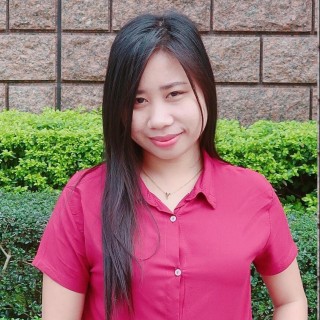